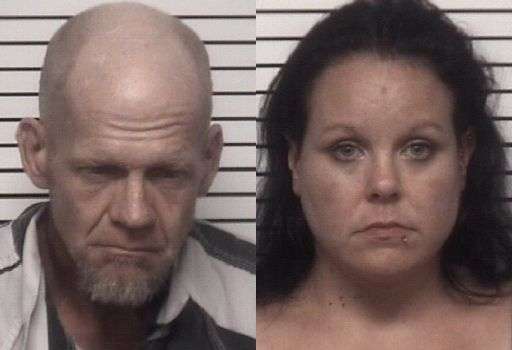 On Wednesday (July 22), Deputies and Narcotics Investigators arrested the two at the Best In-Town Motel on West Front Street in Statesville. The arrests came after Investigators received information that Morgan and Cullen were coming to Statesville from Charlotte. The suspects were said to be in possession of crystal methamphetamine.

A surveillance operation was established near the motel. When Morgan and Cullen arrived, they were approached by Officers. After speaking with the suspects, Deputies learned that the suspects did have crystal meth and other controlled substances in their possession.

Morgan and Cullen were taken into custody without incident and placed in the Iredell Co. Detention Center. Morgan was given a $25,000 secured bond, while Cullen’s bond was set at $10,000, secured. Morgan will appear in District Court on July 28. Cullen has a court date on August 11.

Cullen has a criminal history that includes misdemeanor counts of possession of marijuana, larceny, financial card fraud, possession of drug paraphernalia, and shoplifting by concealment.

The Burke Co. Sheriff's Office is asking for the public's assistance in locating 25-year-old Randall…