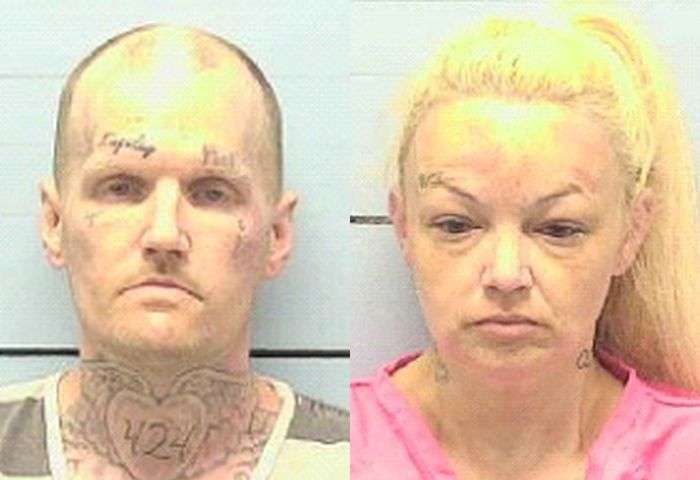 32-year-old Charles David Gilmore, Jr. of Sonya Drive in Statesville and 37-year-old Kingsley Michelle Perkins of West Highland Avenue in Granite Falls have both been arrested by Burke County Sheriff’s Officers. Gilmore was charged with felony counts of trafficking in methamphetamine, possession of meth, possession of a firearm by a felon, possession of a stolen firearm, and possession with intent to manufacture, sell, or deliver meth, along with a misdemeanor count of carrying concealed gun. Gilmore was also charged with a felony probation violation. Perkins was charged with a felony probation violation and two misdemeanor counts of failure to appear.

Yesterday (June 1), Narcotics Investigators were conducting surveillance at the Motel 6 in Connelly Springs in reference to drug activity. At about 12:30 p.m., investigators saw Charles Gilmore, Jr., who had multiple outstanding warrants for his arrest. Gilmore was taken into custody and a search of his person led to the discovery of a stolen handgun and methamphetamine.

Officers learned that Gilmore was staying at the motel with his girlfriend, Kingsley Perkins, who also had outstanding warrants for her arrest. Perkins was taken into custody without incident.

A search of two different motel rooms yielded approximately 1.1 pounds of meth, drug paraphernalia, U.S. currency, and three firearms (one of which had been reported stolen). 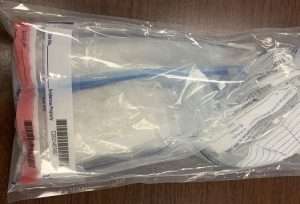 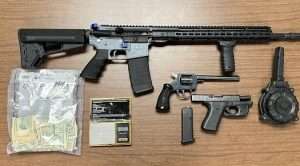 Gilmore and Perkins were taken to the Burke County Jail. Gilmore was held without bond on the drug & gun charges and he was given a $40,000 secured bond for the probation violation. Perkins’ bond was set at $30,000, secured. Gilmore was scheduled to make a first appearance in Burke County District Court today. Perkins had a Superior Court date scheduled today in Catawba County.

Woman Arrested On Felony Charge For Second Time Since Late May