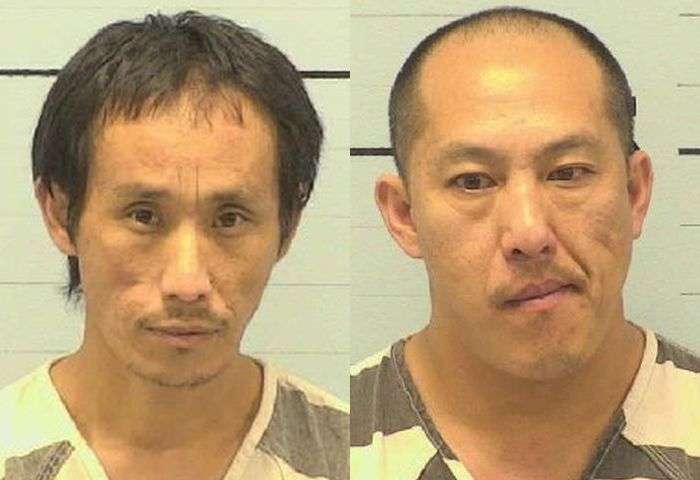 38-year-old Yia Vang of Sundown Road in Morganton and 36-year-old Nohsher Chiah of Jones Road in Fletcher have both been arrested by Burke Co. Sheriff’s Officers for felony robbery with a firearm.

They were arrested in connection to an incident on October 6 when a Deputy was dispatched to an armed robbery call at the Valero store on South Center Street in Hildebran. The clerk said an Asian male came into the store, showed a handgun, and demanded money from the register. After receiving the money, the suspect left the store and got into a blue Toyota car with a waiting male driver.

The suspects fled the scene and were last seen driving onto Interstate-40. Officers with the Sheriff’s Criminal Investigation division responded, processed the scene, and recovered security surveillance of the incident. The suspect vehicle was found later the same day and the two suspects were arrested after evidence was recovered from the vehicle.

Both men were placed in the Burke County Jail with an appearance in District Court scheduled today (October 12) in Morganton. Vang was given a $100,000 secured bond, while Chiah was held without bond. Additional charges are pending.