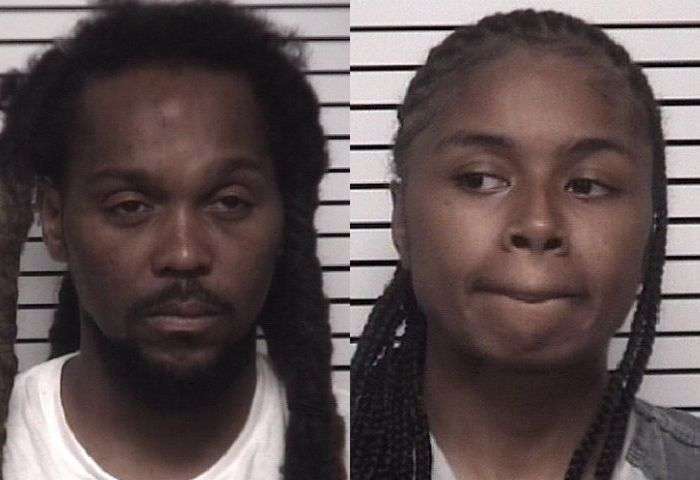 They were arrested last Friday (July 15) when Deputies stopped a vehicle on Amity Hill Road in Statesville after the driver made an illegal U-turn, then attempted to avoid Deputies, who were conducting a license check. Officers spoke with the driver, Teona Bruner, and her passenger, Charod Terry. Deputies noticed that Terry behaved suspiciously and placed his hands between his seat and the passenger door several times.

Deputies asked Terry to open the door and step out of the vehicle. As he did so, Officers saw a handgun where Terry had been seated, along with two plastic baggies. Terry was detained. A records check showed that he is a convicted felon who is prohibited from possessing a firearm. A search of the vehicle was conducted. The two plastic bags contained more than 14 grams of crack cocaine.

Both suspects were arrested without incident and transported to the Iredell County Detention Center. Terry was given a $46,000 secured bond on the criminal charges and a $1,500 cash bond for the child support warrant. Bruner’s bond was set at $15,000, secured. Terry will appear in District Court on August 3, while Bruner’s next court date is coming up on August 5.