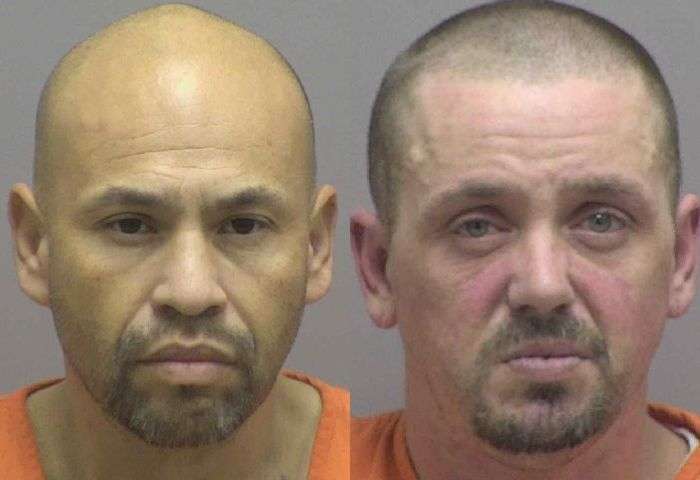 Early on the morning of April 19, a Patrol Deputy saw a silver Range Rover near Joshua Court. The Deputy saw the vehicle travel to a residence known for drug activity on the 3400 block of N.C. Highway 27. She watched as a male in a white t-shirt made several trips, carrying unknown items back and forth between the residence and the vehicle. The vehicle left the scene. A paper license plate on the vehicle was partially covered. The Deputy stopped the Ranger Rover near the Buffalo Shoals Road intersection.

The driver was identified as Jose Luis Bosquez and a passenger was identified as Carroll Joshua Brown. Bosquez was wanted on outstanding warrants from Gaston County. Lincolnton Police K-9 Officer Rushing arrived on the scene and the K-9 alerted to drugs in the vehicle.

An additional $2,784 was found when Bosquez was searched in the Harven A. Crouse Detention Center. He was jailed under a $451,000 secured bond. Brown’s bond was set at $577,000, secured. They will both appear in District Court on May 11.

Shortly after 12:30 a.m. today (April 22), Burke County Deputies were dispatched to an assault…