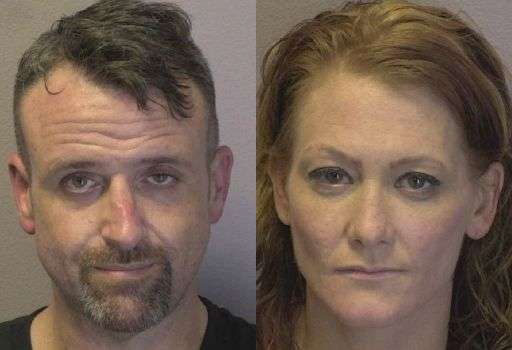 39-year-old Jessie Henry Hammer of Jessie Mays Lane in Taylorsville and 39-year-old Jennifer Christine Dunlap of Deaton Hill Drive in Charlotte were both arrested by Hickory early this morning (September 10). They were each charged with one felony count of possession of a stolen motor vehicle.

Events leading to their arrests began on September 8 when Officers took a report regarding a 2003 Honda Accord that was stolen from an auto repair facility on Lenoir-Rhyne Boulevard on September 6. On September 9, Police found the vehicle at a hotel on 13th Avenue Drive N.W. Hammer and Dunlap were taken into custody without incident at 12:09 a.m. today at the hotel.

Both suspects were placed in the Catawba Co. Detention Facility with bond for Hammer set at $7,000, secured, while Dunlap was given a $1,500 secured bond. First appearances in District Court were scheduled today in Newton.