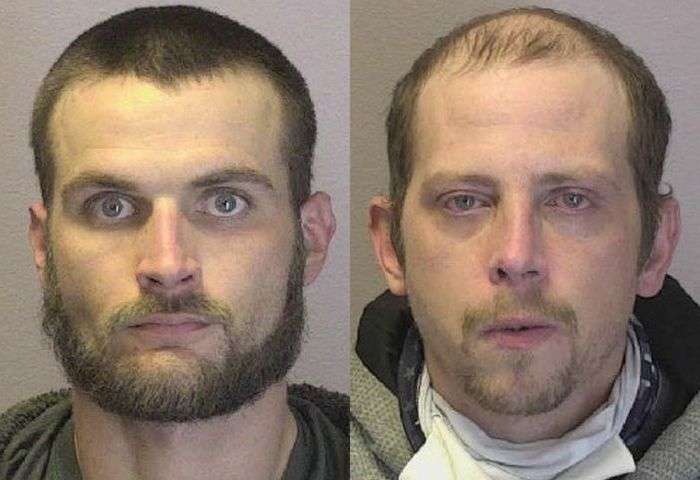 28-year-old Tyler Lee Gragg of Sulphur Springs Road in Hickory and 30-year-old Michael James Porter of N.C. Highway 27 in Lincolnton have both been arrested by Hickory Police. They were each charged with one felony count of possession of a schedule II controlled substance and one misdemeanor count of possession of drug paraphernalia. Gragg was also charged with misdemeanor larceny.

They were arrested after Officers responded to a possible shoplifting call involving a suspicious vehicle and suspicious persons at Northern Tool & Equipment on Highway 70 S.E. in Hickory. During the incident, Police found 7.5 grams of methamphetamine, drug paraphernalia, and handheld tools.

Both suspects were taken into custody without incident at about 5:15 p.m. yesterday (November 24) at the store. They were placed in the Catawba Co. Detention Facility with bond for each set at $1,500, secured. Porter has since been released. First appearances in District Court were scheduled today in Newton.