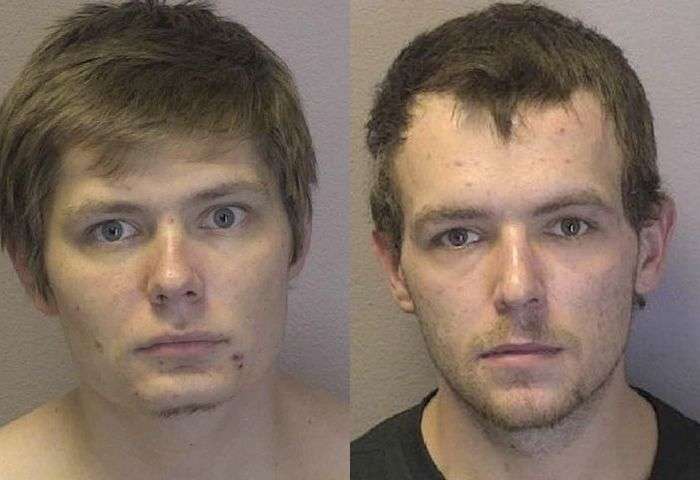 25-year-old Braxton David Miller of the Greedy Highway and 24-year-old Brett Allen Williams of Old Shelby Road, both from Hickory, were arrested by Hickory Police last Saturday afternoon (December 18). They were each charged with felony trafficking in opium or heroin and misdemeanor possession of marijuana greater than half-an-ounce and less than an ounce-and-a-half. In addition, Miller was charged with a felony probation violation. Williams faces additional charges for maintaining a vehicle, dwelling, or place for a controlled substance and a domestic violence protective order violation.

The two men were in the process of being removed from a hotel on Lenoir-Rhyne Boulevard S.E. for non-payment when they were allegedly found to be in possession of illegal narcotics. Both suspects were taken into custody without incident at about 1 p.m. Saturday at the hotel.

Miller and Williams were placed in the Catawba County Detention Facility. Bond for Miller was set at $30,000, secured, while Williams was given a $10,000 secured bond. Miller remained in jail as of this afternoon (December 23). Williams is no longer listed as an inmate. Both were scheduled to make first appearances in District Court yesterday in Newton with additional appearances coming up on January 3.