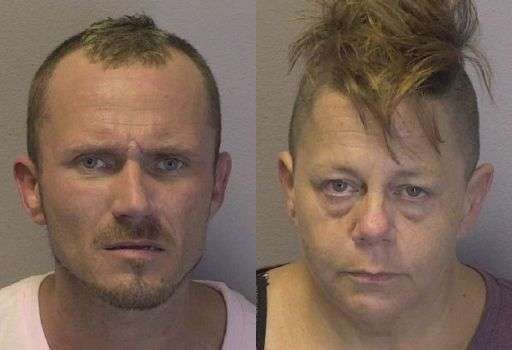 They were arrested after Hickory Police conducted a traffic stop at the A.B.C. store on Highway 321 N.W. in Hickory. During the stop, Officers found a baggie containing 4.1 grams of a white substance, another baggie containing 2.5 grams of a white substance, and 0.9 grams of marijuana. Barnes and Anderson were also served with additional outstanding warrants. The warrants for Barnes were from Haywood County, while Anderson’s warrants were issued in Burke County.

They were both taken into custody without incident and placed in the Catawba Co. Detention Facility. Bond for Barnes was set at $15,000, secured, while Anderson was given a $6,000 secured bond. As of this afternoon, Barnes was no longer listed as an inmate in Catawba County. He has a District Court date coming up on August 17 in Newton. Anderson was due in District Court today with another court date on October 29.

23 new cases of COVID-19 were confirmed Sunday (August 16) in Catawba County, increasing the…

A motorcycle crash that claimed the life of an 11-year-old from Taylorsville is under investigation.…