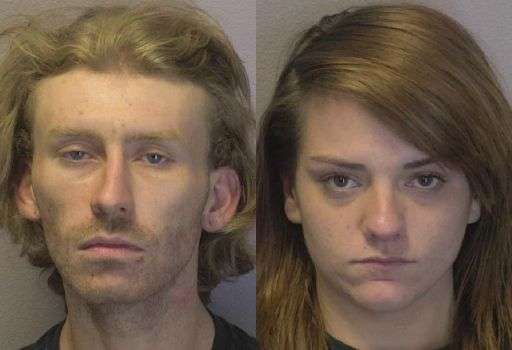 25-year-old Tyler David Swink of Rifle Range Road in Conover and 23-year-old Jennifer Lynn Hughes of Olde School Drive in Hickory were both arrested by Hickory Police just after ten o’clock last night (September 15). Swink was charged with one felony count of manufacturing or possessing a weapon of mass destruction, along with single misdemeanor counts of possession of a schedule VI controlled substance and carrying a concealed gun. He was also charged with two misdemeanor counts of possession of drug paraphernalia. Hughes was arrested for felony possession of a schedule II controlled substance. She was also served with an outstanding felony warrant out of Gaston County for larceny of a motor vehicle.

Both suspects were taken into custody without incident at a fast-food restaurant on 12th Avenue N.E. in Hickory. They were jailed in the Catawba Co. Detention Facility with bond for each set at $15,000, secured. Neither suspect was listed as an inmate as of 11 a.m. today. Swink was scheduled to appear in District Court today, while Hughes has a court date on October 2, both in Newton.

25-year-old Marcus Daniel Sintoni of Nellie Circle of Denver has been arrested by Lincoln Co.…