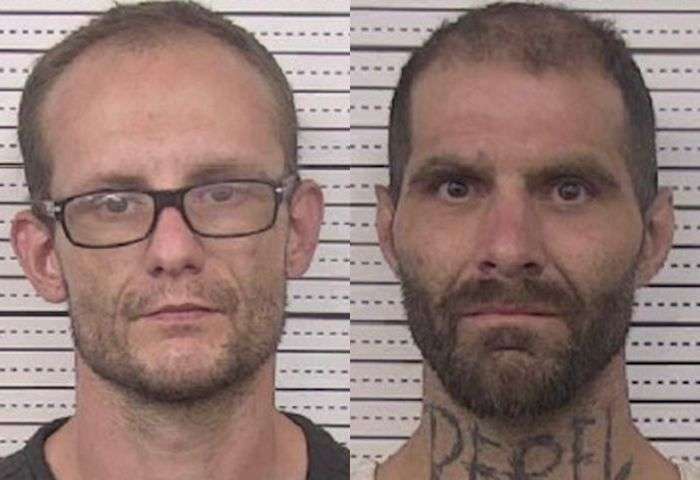 30-year-old Donald Solomon Fox of Fox Drive in Connelly Springs and 37-year-old Justin Daniel Delaney of Bill Sain Road in Vale were both arrested by Caldwell County Sheriff’s Officers Saturday (July 9) on felony counts of breaking & entering and larceny of a motor vehicle.

Following their arrests, Fox and Delaney were taken to the Caldwell County Detention Center with bond for each set at $15,000, secured. Fox remained in custody as of this morning (July 11), while Delaney was no longer listed as an inmate. Both were scheduled to make first appearances in District Court today in Lenoir.