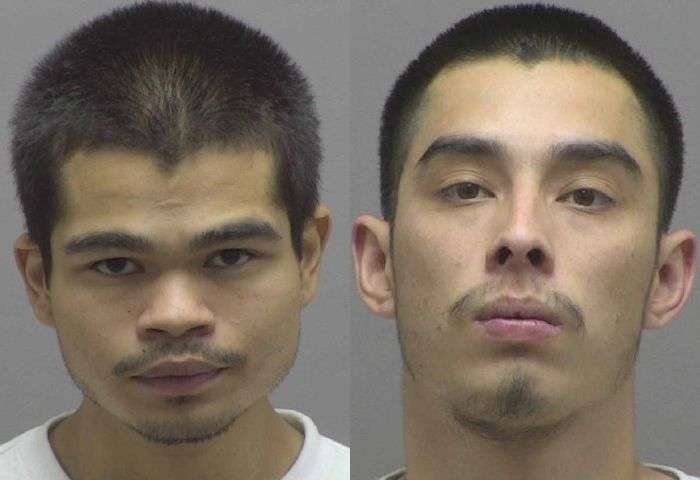 23-year-old Erik Ivan Rodriguez of English Oak Drive in Lincolnton and 24-year-old Leonardo Soto of Stegall Street in Charlotte have both been arrested by Lincoln County Sheriff’s Detectives after shots were fired into a Denver, North Carolina residence. Rodriguez was charged with assault with a deadly weapon with intent to kill and shooting into an occupied dwelling. Soto was charged with possession of a firearm by a felon.

On June 7, Sheriff’s Deputies were dispatched to a physical disturbance call on Denver Shores Road where shots were fired into a mobile home. Detectives learned that Erik Ivan Rodriguez had been at the residence where he got into an altercation with Leonardo Soto.

When Officers arrived, they found two women in the residence and then found Soto hiding in a bedroom closet. Soto reportedly sustained injuries to his hand and head when he was stabbed with a knife by Rodriguez, who was known to the victims. Before Rodriguez fled the scene, he allegedly fired nine shots from an AK-47 rifle. Three of the shots struck the residence. No one was injured by the gunfire. Soto was treated at the scene by Lincoln County E.M.S.

Later on the same date, Detectives received information that Rodriguez and his girlfriend were at his mother’s home on English Oak Drive. Officers responded to the residence and took Rodriguez into custody without incident. A search warrant was executed, leading to the discovery of the knife used in the assault, as well as narcotics and the vehicle Rodriguez was driving.

Rodriguez was placed in the Harven A. Crouse Detention Center under a $100,000 secured bond. During a first appearance on June 8, Rodriguez’s bond was changed to a “no bond hold” based on his violent history. Rodriguez will also face additional drug-related charges and three counts of attempted murder. District Court dates were set for June 13 & 30.

During the investigation, Detectives learned that Soto was a convicted felon and was in possession of a Smith & Wesson .38 caliber revolver. He was charged accordingly and jailed under a $10,000 secured bond with a District Court appearance coming up on June 30. Soto will face additional charged at the conclusion of the investigation, which is ongoing.