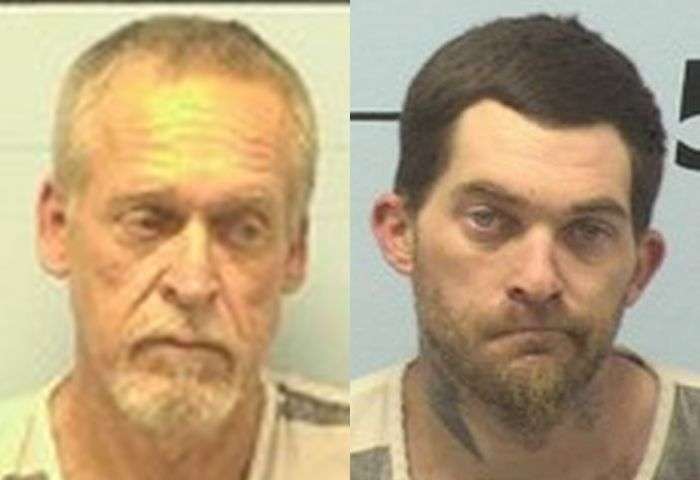 59-year-old Kenneth Ray Epley of Elise Mae Drive and 33-year-old Kenneth Dwayne Piercy of Foreman Street, both from Morganton, have been arrested by Burke County Sheriff’s Officers. Epley was charged with felony counts of aiding & abetting felony larceny and possession of a schedule II controlled substance, plus one misdemeanor count of carrying a concealed gun. Piercy was charged with felony larceny.

Events leading to the arrests began at 8:55 a.m. yesterday (April 21) when the Sheriff’s Office responded to a call in the area of Hopewell Road regarding the theft of a utility trailer by a subject with a 4-wheeler. Just after 9 a.m., Detectives found the 4-wheeler pulling the stolen trailer near the intersection of Hopewell Road and U.S. Highway 64.

A male suspect was in a verbal altercation with the victim. The victim told Detectives that Kenneth Epley was in possession of a concealed firearm. Epley threw the firearm down, as ordered. He was handcuffed and arrested. During a search of his person, methamphetamine was seized.

During the investigation, Detectives determined that Kenneth Dwayne Piercy was also involved in the theft of the trailer. Deputies found Piercy off of Burkemont Road. He was arrested without incident.

Epley was given a $25,000 secured bond, while Piercy’s bond was set at $10,000, secured. Both suspects were scheduled to make first appearances in District Court today in Morganton.