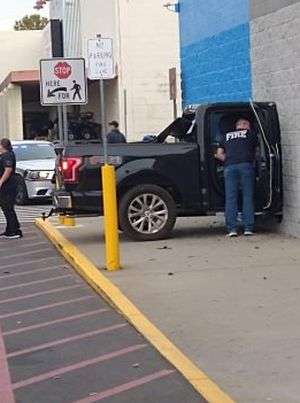 The driver of a pickup truck sustained minor injuries when the vehicle he was operating crashed into the wall of the Taylorsville Walmart Sunday morning (October 16). The driver was taken to an area hospital according to Taylorsville Police Chief Doug Bowman. No other injuries were reported. The incident is under investigation. The store was temporarily closed but re-opened later in the day. 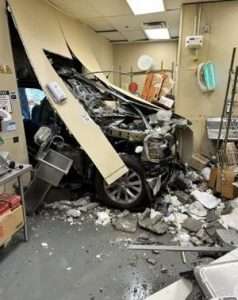