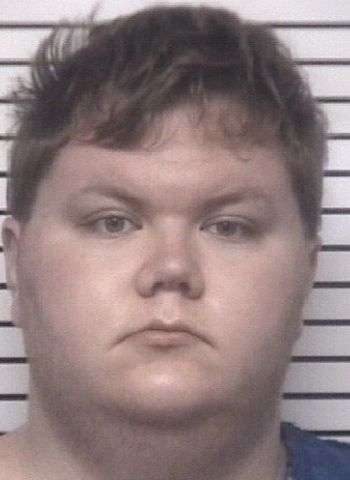 21-year-old Corey Alexander Cook of Loram Drive in Troutman has been arrested by Iredell County Sheriff’s Officers on three counts of murder and one count of first-degree arson.

Cook was arrested in connection to an incident on July 27 of this year. On that date, Sheriff’s Officers responded to a residential fire on Loram Drive. Witnesses told fire personnel that there might be people in the home.

While the home was still burning, the Sheriff’s Office took a call from another residence stating that Corey Cook had shown up at her residence. The caller said Cook was driving his mother’s vehicle and that it was unusual for him to be driving. The caller also said that Cook told her there had been a domestic dispute at the house earlier in the evening.

Detectives responded to the caller’s location and spoke with Cook. Cook told Detectives there had been a domestic incident during which his mother had told him to leave the house. He told Detectives that he saw his father standing in the doorway with a gun in his hand as he pulled out to leave.

When the fire was extinguished, an investigation was launched to determine the cause of the fire. During the investigation, three bodies were recovered from the home and taken to North Carolina Baptist Hospital for autopsies. The victims have been identified as 60-year-old Johnny Bryan Cook, 51-year-old Angela Duncan Cook, and 27-year-old John Lawrence Thomas Cook.

While awaiting D.N.A. results, Corey Cook was interviewed about the domestic incident and the fire. As the fire investigation continued, suspicious activity was identified on the deceased individuals’ financial cards. After numerous search warrants were executed, Corey Cook was identified as the person who used the cards. Additional search warrants were issued for online financial transactions and other social media content involving Cook.

On Friday, October 15, the suspect was again interviewed. He confessed to the use of the cards and his attempts to gain additional monies. While speaking about the financial crimes, Corey Cook made statements regarding his involvement in the deaths of his parents and brother and admitted starting the fire. The suspect was then charged with 17 counts of felony identity theft and was given a $75,000 secured bond.

On October 16, based on the suspect’s statement, a search warrant was executed at the Loram Drive location. Evidence consistent with the suspect’s statement was found at the scene. Based on that evidence, warrants charging Corey Cook with murder and arson were served Thursday (October 21). Cook is now being held without bond. He’ll appear in District Court on November 3 on the identity theft charges. A District Court appearance was scheduled today (October 22) murder and arson charges.

Catawba Man Jailed on Numerous Counts of Failure to Appear

52-year-old Matthew Carter Hubbard, who was reported missing from Alexander County, has been found. Citizens…