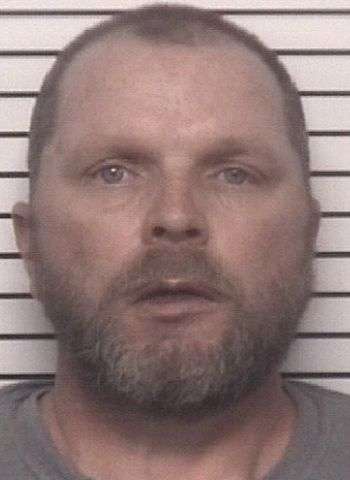 Events leading to Coley’s arrest began on Saturday, March 13, as the Sheriff’s Office took several reports regarding outbuildings and construction sites in western Iredell County that were broken into. Numerous tools and other items were taken. Detectives followed up on several leads and identified a light-colored Jeep as the suspect vehicle.

On Saturday, March 20, the Sheriff’s Office was notified of a suspect who was attempting to gain entry to a building on Old Mountain Road. Deputies responded and spoke with two witnesses who said the suspect was driving a light-silver Jeep Wrangler. The witnesses were able to provide a license plate number.

Deputies located and stopped the Jeep, which was driven by Timothy Shane Coley. Coley was arrested on driving-related offenses and taken to the Sheriff’s Office where Detectives interviewed Coley regarding the break-ins. Based on the evidence and statements taken during the investigation, warrants for Coley’s arrest were issued.

A search warrant was executed at Coley’s residence. Items that had been reported stolen were found and seized. 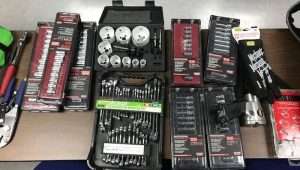 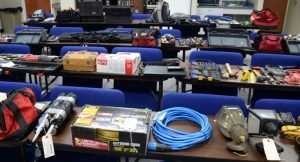 Coley was placed in the Iredell Co. Detention Center under a $25,000 secured bond. He’ll next appear in District Court on April 12.

Additional charged are expected as the investigation continues.

Coley has a criminal history that includes misdemeanor charges for possession of marijuana, unauthorized use of a motor vehicle, and larceny.