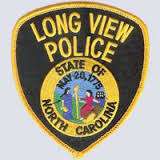 A Hickory man sustained critical injuries as a result of being struck by a train in Long View Thursday night (September 10). According to the Long View Police Department, the incident occurred at 10:20 p.m. Thursday on the 2500 Block of 1st Avenue SW.

45-year-old Robert Stephen Jolly was struck by a train while walking along the roadway. Hew was initially brought to Frye Regional Medical Center in Hickory, then transported to Baptist Hospital in Winston-Salem where he was last reported to be in critical condition.