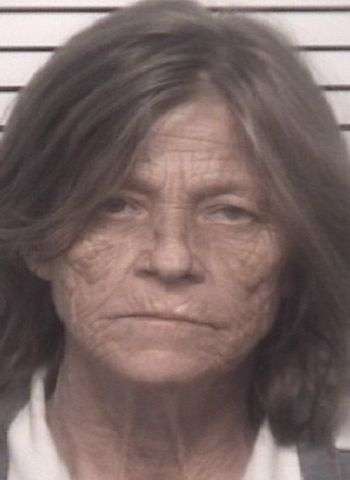 59-year-old Teresa Kiser Forrest of Porter Road in Statesville was arrested Sunday (April 18) by Iredell County Sheriff’s Officers. She’s charged with felony counts of trafficking opium or heroin by possession and transport, possession with intent to sell or deliver hydrocodone and methamphetamine, possession of ecstasy, and maintain a vehicle for the use or sale of a controlled substance. She’s also charged with misdemeanor counts of possession of marijuana wax and possession of drug paraphernalia.

On Sunday, Iredell County Sheriff’s Office Deputy C.S. Little with the Aggressive Criminal Enforcement (ACE) Team conducted a traffic stop on a vehicle at the intersection of Tomlin Mill Road and Lentz Road for a traffic violation.

After approaching the vehicle Deputy Little spoke with the driver, Teresa Kiser Forrest about why he had stopped her. While speaking to Forrest, another deputy arrived and walked his canine “Levi” around the exterior of Forrest’s vehicle. Levi alerted to the presence of narcotics.

During a search of the vehicle, officers reportedly found approximately 3.6 grams of crystal meth, packaged consistent with the purpose of making individual sales, 12 dosage units of Hydrocodone, two dosage units of ecstasy or MDMA, marijuana wax and additional items of drug paraphernalia.

Forrest was arrested and transported to the Iredell County Detention Center where she was jailed under $250,000 secured bond. She remained in jail as of earlier today (April 20). A District Court appearance is scheduled for May 3.