Catawba County Deputies arrested three people (one of them twice) on felony drug charges in six days at the same residence in Newton.

45-year-old Phillip Anthony Godfrey of Viewpoint Road in Newton and 51-year-old Jeffrey Ben Pavkovich of Gainesville, Georgia were both charged with trafficking in methamphetamine. 48-year-old Christopher Andrew Godfrey, also of Viewpoint Road in Newton, and Phillip Godfrey both face charges for possession with intent to sell & deliver meth, possession of marijuana, and resisting a public officer.

Last Wednesday (August 26), Deputies responded to the Viewpoint Road residence after receiving a request to assist N.C. Probation Officers with a search of the premises. During the search, Officers seized two firearms, one pound of methamphetamine, and $31,876 in cash. Phillip Godfrey and Pavkovich were arrested and later released after posting bond. 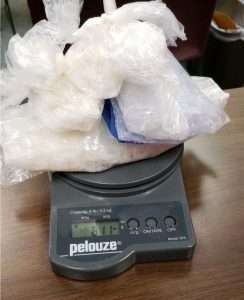 Yesterday (September 1), Deputies responded to the same address after a citizen reported suspicious persons at the residence. When Deputies arrived, two persons fled on foot. Both subjects were apprehended and identified as Christopher and Phillip Godfrey. Deputies seized a firearm, 1.4 ounces of meth, marijuana, and approximately $15,000 cash. The September 1 arrests were reported by WHKY on the same date. 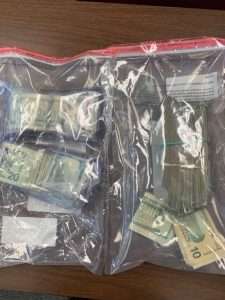 Following their arrests yesterday, the Godfreys were placed in the Catawba County Detention Facility. Phillip Godfrey’s bond was set at $100,000, while Christopher Godfrey was given a $20,000 bond. Phillip Godfrey has since been released. The Godfreys were scheduled to make first appearances in District Court yesterday in Newton with their next court date coming up on September 21. Pavkovich has a Superior Court date scheduled in Newton on October 26.