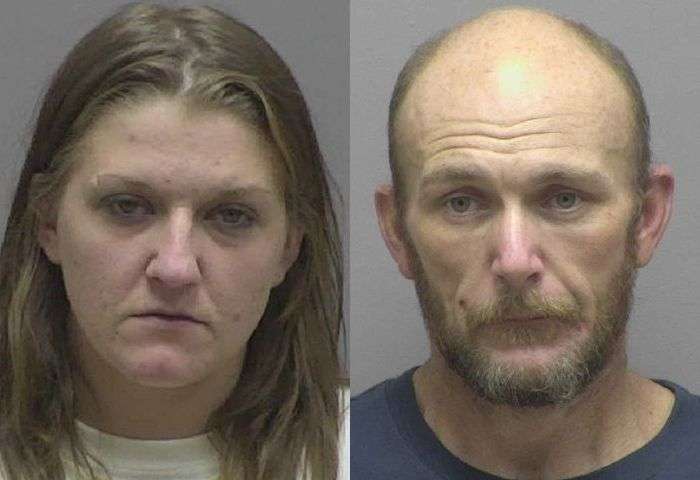 28-year-old Katie Alees Lattimore of Shelby has been arrested by Lincoln Co. Sheriff’s Officers and charged with assault with a deadly weapon with intent to kill inflicting serious injury. She was arrested in connection to a shooting on November 5 in western Lincoln County.

35-year-old Thomas Wayne Mathis of Lincolnton sustained a gunshot wound to the side. Mathis has also been arrested on an outstanding warrant for breaking & entering a motor vehicle. In connection to the same incident, 36-year-old Cody Randall Johnson of Natural Spring Lane in Vale was arrested and charged with possession of a firearm by a felon.

Events leading to the arrests began at about 12:15 p.m. last Thursday as Deputies were dispatched to Natural Spring Lane after a victim called Lincoln County 9-1-1 and said he had been shot. The injured man, Thomas Wayne Mathis, was found at the end of the driveway.

Mathis told Officers that he and Cody Randall Johnson got into a physical altercation. During the fight, Katie Alees Lattimore reportedly shot Mathis in the abdomen. Deputies stopped Lattimore as she was attempting to leave the scene.

On November 7, Lincoln County Deputies and Long View Police arrested Lattimore in Catawba County. She was placed in the Harven A. Crouse Detention Center under a $50,000 secured bond. Mathis was taken to Atrium Health in Cleveland County for treatment of the gunshot wound. Following his release on November 6, Shelby Police served Mathis with the B&E warrrant. That break-in occurred on November 4 on North Brook Number Three School Road.

Detectives also executed a search warrant at Johnson’s home. Johnson is a convicted felon. During the search, Officers found a second handgun and a quantity of methamphetamine. Johnson was jailed under a $20,000 secured bond.

Lattimore and Mathis will appear in District Court on December 1. Johnson has a court date coming up on November 17. The investigation is ongoing.

On this date 19 years ago, the terrorist attacks on New York and Washington and…