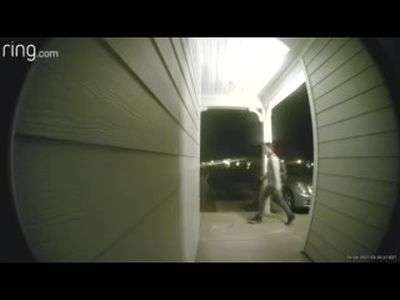 Lincoln County Sheriff’s detectives are investigating the theft of a truck from a residence in 5100 block of Turtle Creek Drive in Denver.

The owner told officers that when he got up the morning of September 4, 2021 his vehicle was gone from the driveway. The vehicle, a 2014 Ford F-350 Dually Platinum edition black in color with a sunroof had been left unlocked with the keys in the vehicle.

The license plate on the vehicle was a North Carolina tag reading KD-6716. Other identifiers on the truck included a Penn State front tag, a Penn State sticker on the right bumper, a Hurricanes baseball sticker on the left rear window and a rack on top of the vehicle. It also had a black diamond plate toolbox containing miscellaneous tools valued at $5,000.

The owner checked with his neighbors and found a video of what may be a person of interest. At approximately 4:30 a.m. September 4 an individual was recorded walking past the front porch of the residence. The person appeared to be a white male carrying a back pack.