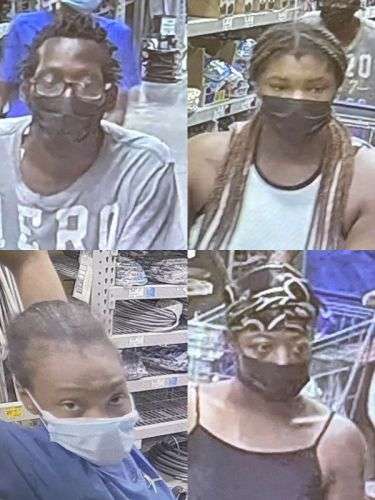 Lincoln County Sheriff Office detectives are investigating the theft of more than $7,000 in copper wire from Lowe’s Home Improvement in Denver, N.C.

Deputies were dispatched to the store last Tuesday (June 28) after four people, one male and three females, walked into the store, split into groups of two and went directly to the electrical aisle. They loaded the wire into two shopping carts and walked out of the store through the self-checkout. The group was in the store for less than six minutes.

Once in the parking lot they loaded the stolen goods into a red Nissan Versa and a black SUV and left the scene. A loss prevention officer for Lowe’s told a detective that he recognized some of the group as individuals who were involved in thefts at other Lowes stores in the areas.