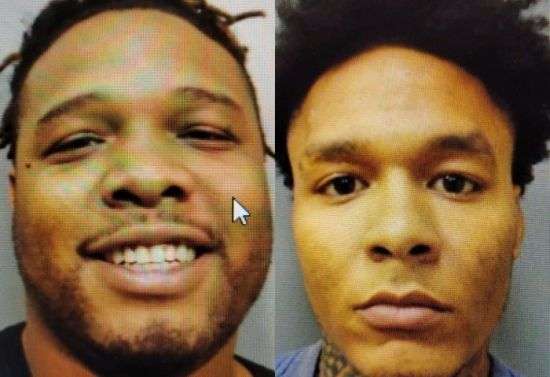 22-year-old Joseph Odell Mayfield of Houston, Texas and 25-year-old Christopher James Watson of Stafford, Texas are charged in connection to crimes in Lincoln County. They’re charged with felony counts of breaking and entering, larceny, and possession of stolen goods.

On November 23, 2021, a neighbor and employee of Advanced Power Products in Denver, N.C., heard an audible alarm coming from the business. He then confronted a man walking across his yard. The man dropped the stolen goods he was carrying and fled the scene. The neighbor then contacted 911 and when deputies arrived on the scene they discovered that someone had forcibly entered Advanced Power Products.

On November 24, the business owners provided Detectives with serial numbers for more than 30 pieces of Stihl equipment with a total value estimated at $20,000. Surveillance footage shows two men wearing hoodies making several trips in and out of the business stealing items.

On December 7, the Lincoln County Sheriff’s Office was contacted by Louisiana State Police Troopers Landry and Rogers from St. Martin Parish, Louisiana. The officers said they were out on a traffic stop with a vehicle containing items identified by serial numbers as being stolen from Advance Power Products in Denver and another business in Mississippi. A search warrant served on the cell phones of the two suspects revealed the men are tied to numerous breaking and entering cases throughout the southeast.

Watson and Mayfield were arrested on outstanding warrants out of Mississippi. The men were released on bond by Louisiana authorities before an extradition hearing could be held on the Lincoln County warrants. On December 11, Mayfield was arrested in Houston, Texas, and is being held in the Harris County, Texas Jail on an out of state fugitive warrant. He is scheduled for a court hearing in Houston on December 27. The second suspect, Watson, has not been apprehended.

According to the Burke County Public Schools, Draughn High School was evacuated this morning due…