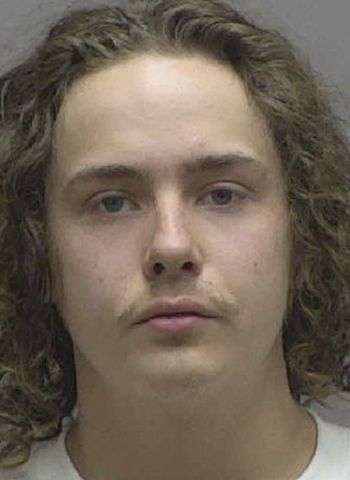 Officers attempted to locate the suspect, Stevens, a former student at East Lincoln High School. Detectives checked several locations in the Maiden area but could not find him. During the attempts to locate Stevens, detectives were provided a cell phone number and made contact with the suspect. He agreed to meet the officers at a restaurant in Hickory.

Hickory Police and Lincoln County Sheriff’s detectives spoke with the suspect and during their conversation, Stevens reportedly admitted to making the threatening posts on social media. He was taken into custody and charged with the misdemeanor count of communicating threats. Stevens was placed in the Harven A. Crouse Detention Center under a $10,000 secured bond.

On Friday (May 14), the charge of felony communicating a threat of mass violence at a place of religious worship was added. The suspect’s bond was increased by $10,000 to a total of $20,000 secured. He is not currently listed as an inmate in Lincoln county. Stevens had District Court dates scheduled today (May 17) and June 10.

Man Arrested After Officers Reportedly Find Him In Possession Of Meth