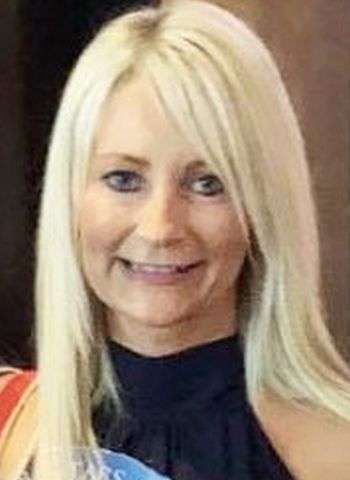 53-year-old Donna Osowitt Steele of Taylorsville was sentenced Thursday (November 3) to eight years in federal prison for embezzling more than $15 million from her former employer. The announcement was made by Dena J. King, U.S. Attorney for the Western District of North Carolina. U.S. District Judge Kenneth D. Bell also ordered Steele to serve three years under court supervision after she completes her prison term and to pay $17,189.748.26 in restitution. Steele previously pleaded guilty to wire fraud in connection with the scheme.

Steele was CEO of TIGRA USA of Hickory. She was hired by the company in 1999 and was promoted to chief executive officer in 2015. Steele was fired on January 28, 2020. The German based company was defrauded of millions by Steele.

According to court documents and Thursday’s sentencing hearing, from 2013 to January 2020, Steele executed an extensive scheme to defraud her employer, identified in court documents as Victim Company A, a privately held U.S.-based subsidiary of a foreign company that manufactures carbide products. Steele began working for Victim Company A’s shipping department in 1999. Over the next 20 years, Steele was promoted to various positions within the company, including to the position of Chief Executive Officer (CEO), which she held until she was terminated in January 2020.

Court records show that, while serving as Vice President and later as CEO, Steele used her positions to embezzle funds from Victim Company A in a number of ways, including through fraudulent company credit card purchases, company checks, Quickbooks transactions, and wire transfers. For example, Steele used company credit cards to pay for $6 million in personal expenditures, including to make high-end retail store purchases, to pay for a family wedding, and to make purchases related to Opulence by Steele, a luxury clothing and boutique company owned by the defendant.

According to court documents, over the course of the scheme, Steele embezzled more than $15 million from Victim Company A. As a result of Steele’s embezzlement, Victim Company A experienced several difficulties, including vendors withholding products from the company for non-payment or late payments, employees not being paid on time, and/or employees having their insurance cancelled without warning. Court records show that, in an effort to hide the fraudulent scheme, Steele limited communications and interactions between the employees and the owners of Victim Company A. Steele also convinced employees that company owners should be feared and lied to employees about the true nature of Victim Company A’s financial trouble.

On January 12, 2022, Steele pleaded guilty to wire fraud. She is currently released on bond and will be ordered to report the federal Bureau of Prisons upon designation of a federal facility.
In making Thursday’s announcement, U.S. Attorney King thanked the FBI for their investigation of the case. Assistant United States Attorney Maria Vento of the U.S. Attorney’s Office in Charlotte prosecuted the case.