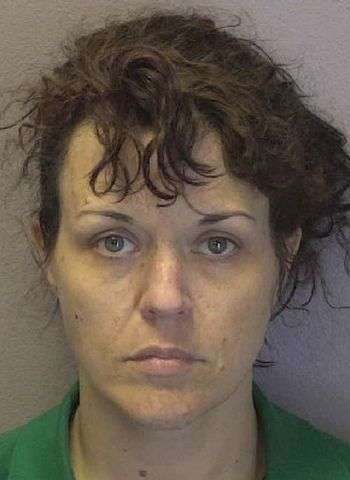 36-year-old Erica Dawn Stafford of Taylorsville Beach Court in Taylorsville was arrested by Hickory Police at about three o’clock last Friday afternoon (June 4) on outstanding felony warrants for larceny of a motor vehicle and two probation violations. She is on probation following convictions in Catawba County (April 2021) and Alexander County (June 2020), both for possession of a schedule II controlled substance. The warrants for her arrest were issued in Alexander County on May 20 & 24.

Stafford was taken into custody without incident Friday at a retail store on North Center Street in Hickory. She was placed in the Catawba County Detention Facility under a $21,500 secured bond. She is no longer listed as an inmate in Catawba County. A Superior Court appearance on a felony methamphetamine charge was scheduled yesterday (June 7) in Taylorsville. A District Court date on the stolen vehicle charge is coming up on June 28, also in Taylorsville.