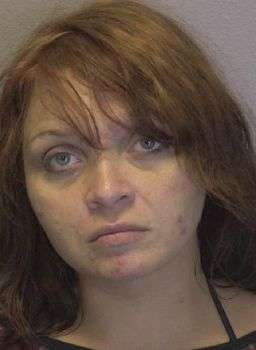 Shuford was taken into custody without incident on the 1,700 block of Highway 70 S.W. in Hickory. She was placed in the Catawba Co. Detention Facility under a $10,500 secured bond. She’ll appear in a Statesville courtroom on September 29.

Walking Track At Freedom Park To Be Resurfaced