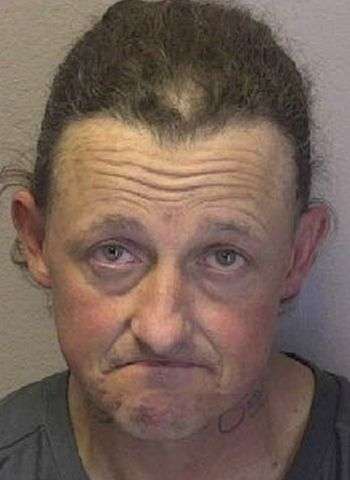 42-year-old Samuel Camron Deal of Overlook Road in Taylorsville was arrested by Hickory Police last Friday morning (October 29) on felony and misdemeanor counts of failure to appear. He reportedly failed to appear in court on felony counts of breaking & entering, larceny after breaking & entering, and possession of a schedule II controlled substance. Deal also failed to appear on a misdemeanor count of possession of drug paraphernalia. The warrants for his arrest were issued in Alexander County.

Deal was taken into custody without incident at about 10:15 a.m. Friday at a grocery store on Highway 70 S.W. in Hickory. He was initially placed in the Catawba County Detention Facility and has since been moved to the Alexander County Detention Center where he is being held under a $27,500 secured bond. A District Court appearance was set for December 13 in Taylorsville.