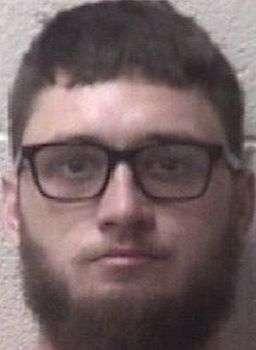 21-year-old Dakota Lee Norton of Taylorsville has been indicted by an Alexander County Grand Jury in connection to an incident last October.

Last October, Norton was arrested in connection to what Alexander County Sheriff Chris Bowman called “A drug deal gone bad.” On October 7, Alexander County Sheriff’s Deputies, Taylorsville Police, the North Carolina Highway Patrol, Alexander Rescue, and Alexander County EMS responded to a location off Fox Valley Drive in the Wittenburg Community. A man and woman had suffered multiple gunshot wounds. The man was struck four times and the woman twice. Their wounds were non-life threatening, and both were treated and later released from area hospitals.

The victims were shot while sitting in a vehicle, and there is no evidence has indicated they returned fire. Norton was said to be the shooter according to investigators. Norton was arrested the day of the incident and he remains in the Alexander County Detention Center without bond.

In addition to Norton, 20-year old Carl Anthony Montgomery of Taylorsville was charged with multiple felony counts in connection to the incident. Montgomery has been released on bond. Norton has a Superior Court appearance February 8.

Alexander Co. Sheriff’s Officers have found an elderly man from Stony Point who had been…