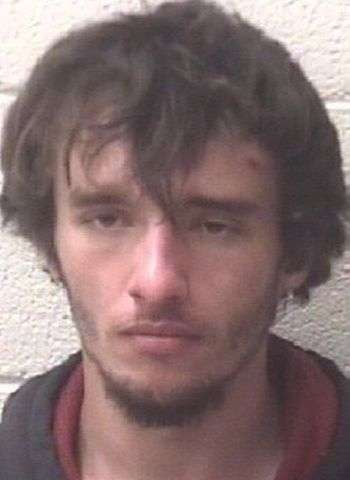 21-year-old Christopher James Sturgill of Taylorsville was arrested Sunday (April 18) by Alexander County Sheriff’s Officers. He’s charged with felony assault with a deadly weapon with intent to kill inflicting serious injury. He was also served with a warrant for failure to appear.

Sunday at approximately 4:45 p.m., Alexander County Sheriff’s Office received a call in reference to an assault involving a knife. Officers responded to a residence on Hill River Road in the Hiddenite Community of Alexander County. Upon arrival, contact was made with the victim, who had a laceration to the neck area. The victim sought treatment at a local medical facility.

Officers on scene continued their investigation and discovered that Sturgill was the suspect. He fled from the residence before officers arrived on scene. The suspect was found a short time later. Sturgill was placed in the Alexander County Detention Center under a $51,000 secured bond. A District Court appearance was scheduled today (April 19).