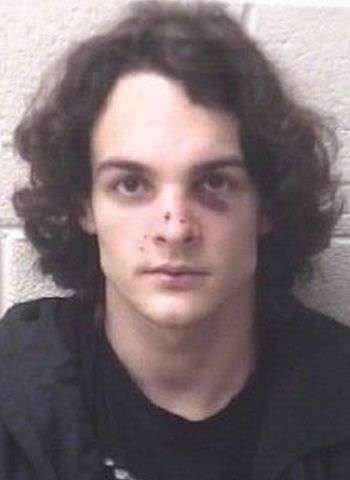 23-year-old Tyler Nikolas Mackenzie of Taylorsville was arrested last Thursday (December 30) by Taylorsville Police Officers. In Alexander County he’s charged with felony flee to elude arrest with a motor vehicle with aggravating factors. In addition, Mackenzie is charged with speeding, reckless driving to endanger, reckless driving with wanton disregard, driving while license revoked, driving left of center, expired registration, fail to stop for a steady red light, and resisting a public officer. Mackenzie is charged in Caldwell County with possession of marijuana and possession of drug paraphernalia.

Mackenzie allegedly led officers on a chase early last Wednesday morning (December 29). Mackenzie was admitted to a hospital after he crashed his motorcycle in Iredell County. The reported chase began around 1:30 a.m. when Taylorsville Police attempted stop a motorcycle for traffic violations. The pursuit reportedly covered Linneys Mountain Road and Rocky Springs Road. Mackenzie lost control of the bike and crashed. He tried to flee on foot but was quickly captured.

When Mackenzie was released from medical treatment on Thursday he was taken into custody. He was placed in the Alexander County Detention Center and later released under a secured bond of $20,000. He was scheduled to appear in District Court in Taylorsville today (January 3). A Caldwell County District Court appearance is scheduled for January 12.