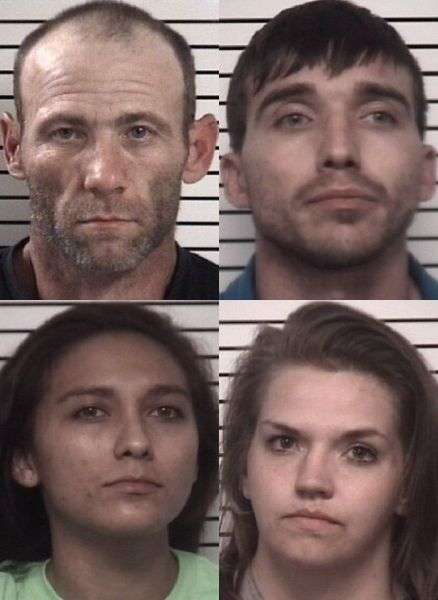 On Friday, Narcotics investigators with the Iredell County Sheriff’s Office with assistance from Road Patrol Deputies executed a search warrant at an address on Deep Water Road in Statesville. Authorities received information about illegal drug activity at that residence after some of the suspects had been recently arrested and charged with meth-related crimes.

Investigators reportedly made purchases of meth from individuals at the residence on Deep Water Road. During a search, investigators located both Eugenio and Eva Carbajal and Wolowitz inside the home. They were reportedly in possession of crystal meth, marijuana, and hallucinogenic mushrooms along with paraphernalia. The three suspects were taken into custody. King was apprehended at another residence in Statesville.