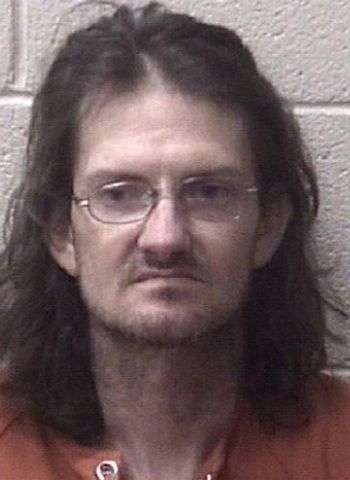 Events leading to Brown’s arrest began at about 8:50 this morning when a 9-1-1 call came in regarding a shooting at a residence off of Harbert Mountain Road on Mount Olive Church Road in the Sugar Loaf community. Officers responded to the residence and found a female victim suffering from multiple gunshot wounds to the upper torso and arm.

Officers were told that the armed suspect had left the scene in a small, gray hatchback. Officers spotted the vehicle while en route to the scene at the intersection of N.C. Highway 16 North and Mount Olive Church Road. Officers pursued the vehicle, which did not stop, but headed back toward the scene of the shooting.

The vehicle came to a stop near the residence on Harbert Mountain Road where the suspect was taken into custody. The suspect, Christopher Lee Brown, is the victim’s son. Brown had a firearm in his possession at the time of his arrest. Investigators learned that the shooting occurred as the result of a domestic dispute.

Alexander County E.M.S. transported the victim to a designated helicopter landing zone off of Seth Deal Lane. The victim was pronounced deceased by E.M.S. personnel before arriving at the landing zone.

Brown was taken to the Alexander Co. Detention Center where he is being held without bond. He’ll make a first appearance in District Court on October 19.

COVID-19 Related Death Reported In Catawba County Along With 67 New Cases, 34 Infections In Burke, 29 In Alexander

Crouse Man Charged With Shooting Neighbor In Both Legs