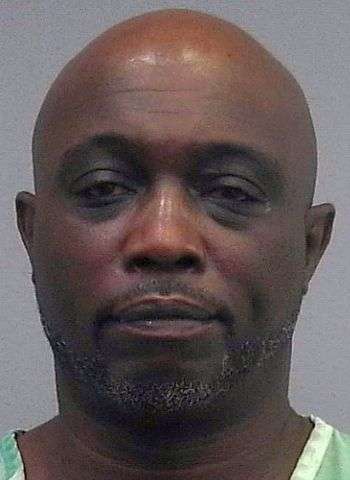 51-year-old Carlton Ross Thomas of Tampa, Florida was arrested by Iredell County Sheriff’s Officers on April 21 on felony counts of obtaining property by false pretenses and exploitation of an elder adult.

Events leading to Thomas’ arrest began when the Sheriff’s Office took a call regarding an elderly citizen in western Iredell County who was the victim of a possible scam. Deputies met with the victim at her home. A caller, who claimed to be a law enforcement officer, told the victim there were outstanding warrants for her arrest. The suspect said he was trying to help clear up the confusion and take care of the warrants. The suspect then convinced the victim to send $20,000 in cash by FedEx, overnight, to an address in Gainesville, Florida. The victim said she put the money in a package and sent it out via overnight shipping.

Sheriff’s Investigators immediately contacted FedEx and Florida law enforcement to locate the package and have the shipment stopped. The package was intercepted in Memphis, Tennessee. FedEx officials held the package and prevented it from reaching its destination.

Investigators learned that the package was to be delivered to an Extended Stay America Hotel in Gainesville. Investigators worked with Gainesville Police, Homeland Security Agents, and FedEx Security team members to locate the suspect, who had used a California I.D. to check into the hotel.

Gainesville Police found the suspect and identified him as Carlton Ross Thomas. Thomas had an active warrant for the use & possession of fraudulent identifications. He was arrested at the hotel.

During the investigation, it was determined that other victims had sent money to the suspect’s address. A package from Iowa was also stopped before its shipment. Money from a victim in Los Angeles, California, was recovered at the hotel’s front desk. In total, $60,000 in cash was recovered.

Thomas has a criminal history that includes felony counts of larceny, receiving stolen property, possession of a stolen motor vehicle, conspiracy, and possession of crack cocaine.