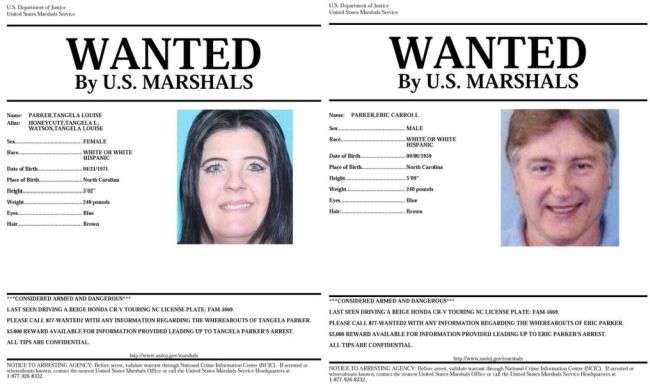 It’s now been more than a month since a woman was shot to death at a Hickory business, and the Hickory Police Department is still seeking a pair of suspects wanted in that case. 49-year-old Tangela Louise Parker and 61-year-old Eric Carroll Parker, both of Taylorsville, are still wanted in reference to the murder of Phelifa Michelle Marlow on January 13.

The United States Marshals Service recently increased the reward to $10,000 for information that leads to the arrests of the two suspects. The shooting occurred at 2:30 p.m. January 13 at T.C.S. Designs on 9th Avenue N.E. in Hickory and was the result of a dispute between two employees. Officers found the victim in the business suffering from gunshot wounds. Ms. Marlow was transported to Wake Forest Baptist Medical Center in Winston-Salem where she passed away as a result of her injuries.

According to multiple published reports, a U.S. Deputy Marshal says he thinks there’s a possiblity that the suspects are somewhere in the mountains, maybe near the border between Tennessee & North Carolina. The reports also quote the Marshal as saying that there is a possibility they are still in this area as well. 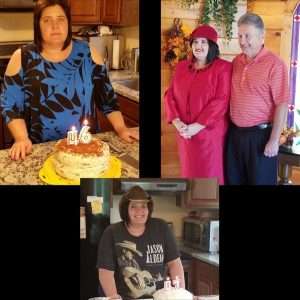 Anyone with information regarding the whereabouts of Tangela Parker or Eric Parker should contact Hickory Police at 828-328-5551 or the U.S. Marshals numer, 877-WANTED2. In addition to Hickory PD and the U.S. Marshals, the Alexander County Sheriff’s Office, and multiple other agencies are also involved in the investigation.