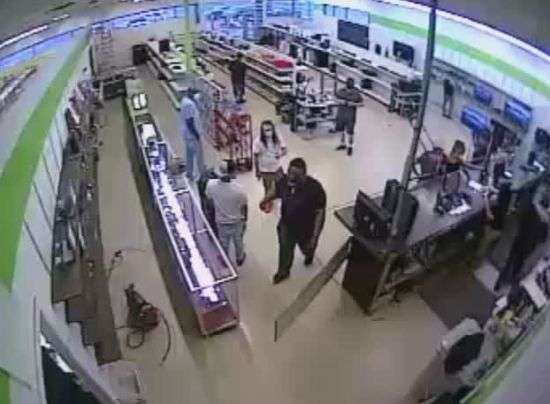 A church break-in that occurred earlier this month in Maiden is under investigation. Between July 15 and July 18, First Freewill Baptist Church at 313 South Main Avenue in Maiden was broken into and two speakers were stolen along with several microphones.

Surveillance camera footage captured two suspects pawning one of the speakers at a Pawn Shop in Hickory. The Maiden Police Department is asking for assistance from the public in identifying the two suspects from the still shots. Both males are white and in their 20s. One has long black hair and the other is wearing a ball cap. The speakers are approximately four feet tall with two microphones.

If you have any information, please contact the Lieutenant Jason Wagner at the Maiden Police Department at (828) 428-5005.