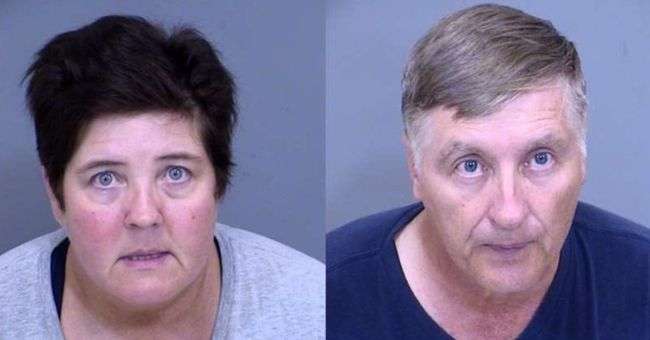 The two suspects charged in the case involving the murder of a woman in January at a Hickory business remained in jail in Arizona and had their first appearances in court Wednesday (July 14). 50-year-old Tangela Louise Parker and 61-year-old Eric Carroll Parker, both of Taylorsville, are charged in connection to the fatal shooting of 51-year-old Phelifa Michelle Marlow January 13. Tangela Parker faces a murder charge and Eric Parker faces a charge of accessory after the fact.

According to information released by the The U.S. Marshals Service, that agency took a nationwide approach to the fugitive investigation, working over 30 leads stretching across eight states, using interstate billboards and media and public outreach. The U.S. Marshals developed information that the Parkers were residing in the Phoenix area. Investigators traveled to Phoenix to coordinate and assist in the arrest of the Parkers with the Arizona WANTED Violent Offenders Task Force.

At approximately 12:30 p.m. Tuesday (July 13), members of the U.S. Marshals Service task force approached a residence at the intersection of West Salter Drive and North 31st Avenue in Phoenix and arrested the Parkers, who had been residing there under the alias names of Jason and Elizabeth Reardon. The Honda CRV they were known to drive was also located at the residence.

The Marshal’s Service and Hickory Police are investigating if anyone helped the couple make it out of North Carolina. Published reports say that it’s likely that the Parkers lived out of their car during their journey to Arizona. There are also reports that the couple begged for money at various locations along the way, including rest stops. They eventually accumulated enough money to rent their home in Phoenix.

According to reports, it is uncertain when the Parkers will be extradited to North Carolina. Information from one of WHKY’s sources says it could be as soon as a few days if they waive extradition. There are also scenarios where it could take months. Those sources say that after three months, a governor’s warrant for the extradition of the couple could be issued. The couple appeared in court in Arizona Wednesday and they remained in the Maricopa County Detention Center as of earlier today (July15).

[Some information for the story courtesy of Rick Gilbert, WACB]
Related Posts