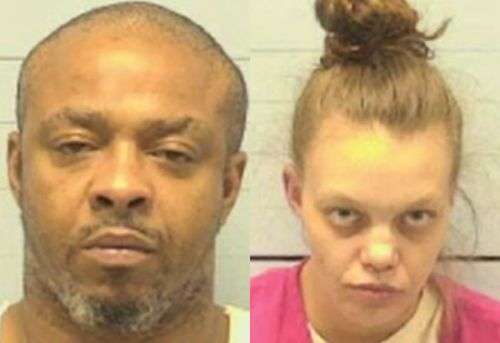 According to information released on Wednesday (October 28), on October 22, 2020, North Carolina Probation and Parole officers and Burke County Sheriff’s Office detectives conducted an investigation at an address on Lail Road in Glen Alpine. Upon arrival, officers made contact with Billy Lamour Jones. Detectives spoke with Jones and then reportedly seized a substance suspected to be meth from him.

Officers made contact with Rebekah Ann Meise in a bedroom and located and seized items suspected to be meth and drug paraphernalia from her as well. Jones and Meise were arrested and transported to the Magistrate’s Office where they each received $5,000 secured bonds. Neither suspect is listed as an inmate in Burke County. They’re both scheduled to appear in District Court November 13.

32-year-old Derrick Warren Garris of High Point, N.C. was arrested by Hickory Police at about…