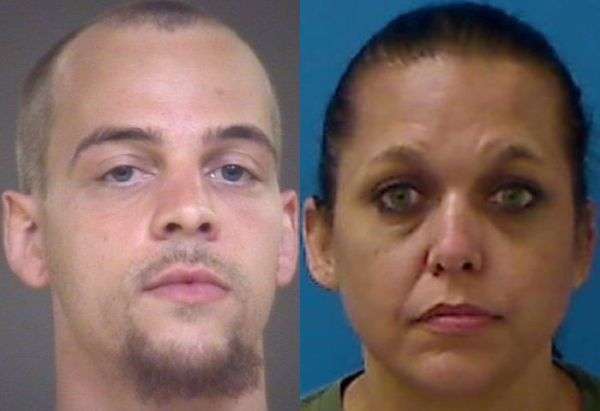 29-year-old Dustin Edward Thomas of Highway 73 in Lincolnton and 41-year-old April Nicole Bain of Greenway Road in Iron Station were charged by the Catawba and Lincoln County Sheriff’s Offices. The suspects were arrested Tuesday (September 21).

The suspects are charged in connection to break-ins in Catawba and Lincoln Counties.
During the investigation officers obtained permission from the home occupants to search houses on Highway 73 and Greenway Road. The search on Highway 73 turned up several boxes of ammunition and firearms hidden underneath a mattress. The items came from the Catawba County break-in and were seized by Catawba County officers.

According to the Lincoln County Sheriff’s Office, Dustin Thomas admitted to the break-ins where a laptop and ipad along with the firearms were taken. He also told officers he broke into a Greenway Drive home where a live snake, television, Play Station, and other items were stolen and recovered by officers.

Thomas was placed in the Harven A. Crouse Detention Center in Lincolnton under a $90,000 secured bond and a no bond hold for Catawba County. Bain was jailed in the Catawba County Detention Facility under $25,000 secured bond. Both suspects remained in jail as of today (September 24). Thomas has a Lincoln County court date October 11. Bain is scheduled to appear in court in Catawba County October 13. The investigation is continuing and additional charges are expected to be filed.

Historic Morganton Festival, Inc. has made the decision to cancel all but one night of…