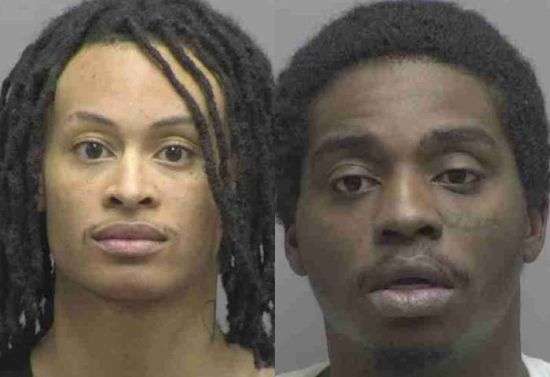 22-year-old Chase D’Carlo Bruton of Charlotte and 24-year-old Emanuel Lamont Allen of Norwood, N.C., were arrested Wednesday (February 10) by Lincoln County Sheriff’s Officers. Bruton is charged with felony flee to elude arrest, possession of a stolen motor vehicle, speeding, left of center, damage to property and breaking and entering. Allen is facing charges of possession of a stolen motor vehicle, larceny of a motor vehicle, breaking and entering, resist, delay and obstruct a public officer, and damage to property.

On Wednesday (February 10), an officer observed a grayish blue BMW SUV with a burned out brake light out leave the Quik Trip convenience store on Highway 73 traveling west. The deputy attempted to initiate a traffic stop at Cross Cut Drive and Highway 73. As the officers approached the passenger side of the vehicle, the driver accelerated fleeing the traffic stop.

The officer attempted to pursue the vehicle but lost sight of it. A short time later a call was received about a vehicle that had wrecked near the entrance to the Trilogy subdivision. Deputies found the vehicle and learned that it had been stolen from Albemarle, NC.

Deputies later received a call from a Trilogy resident that the suspects were spotted walking on a subdivision street. Deputies arrived in the area and took the suspects into custody without incident. It was also discovered that the men had entered a home under construction in an attempt to hide from the officers.

The suspects were taken into custody. Bruton was placed in the Harven A. Crouse Detention Center under a $22,000 secured bond. Allen was jailed under a $19,000 secured bond. They were both scheduled to appear in District Court today (February 11).