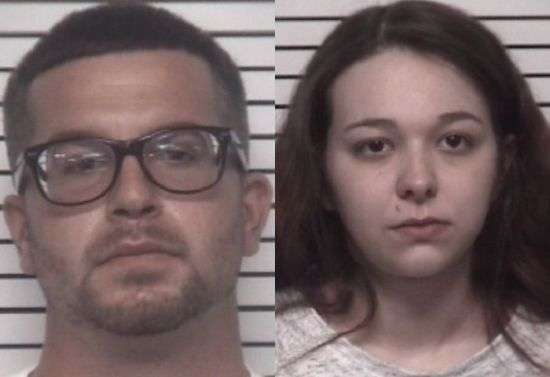 On December 8, 2020, Road Patrol Deputies with the Iredell County Sheriff’s Office responded to an address on Pond View Road in regards to a welfare check on an infant. When the deputies arrived at the location, they found the suspects, Coppola and Wilhelm, in the home with their newborn infant. Both suspects appeared to be impaired by some substance.

The deputies immediately notified the Iredell County Department of Social Services, Child Protective Services. They responded to the home, and took possession of the infant while the situation was being further investigated.

The Sheriff’s Office learned through the investigation that Coppola and Wilhelm had allegedly been using meth and marijuana while caring for their infant. Coppola had reportedly hallucinated, and thought people had broken into his home. Police say he then began firing a 12 gauge shotgun into the walls.

Both suspects were taken to the Iredell County Detention Center under $7,500 secured bond apiece. They are not currently listed as inmates. They each have District Court dates February 1.

Two people were killed and another sustained critical injuries in a Morganton crash. According to…

24-year-old Nicholas Mackenzie Coffey, who is listed as a homeless person from Hickory, was arrested…