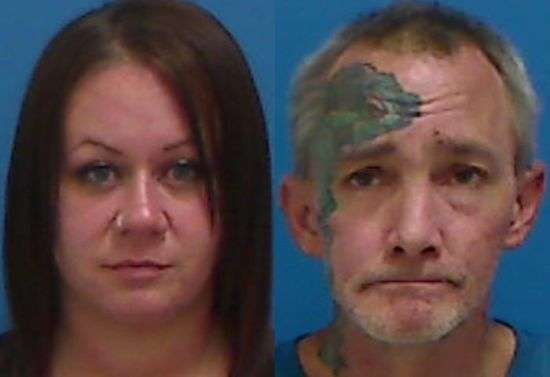 29-year-old Tracie Haley Byrd and 47-year-old Kenneth Paul Jones, Jr., both of Claremont, were arrested Wednesday (April 27) by Catawba County Sheriff’s Officers. Byrd is charged with two counts apiece of trafficking in methamphetamine and trafficking, opium or heroin. In addition, Byrd is charged with possession of heroin, maintaining a vehicle, dwelling, or place to keep controlled substance, and possession of drug paraphernalia. WHKY previously reported on Byrd’s arrest on Thursday (April 28).

On Wednesday Investigators with the Catawba County Sheriff’s Office, Special Enforcement Group arrested three individuals following a traffic stop in Northeast Hickory. Investigators reportedly seized a total of 40.9 grams of methamphetamine, 13 grams of fentanyl, a pistol, brass knuckles and drug paraphernalia from the stopped vehicle. Byrd and Jones were passengers in the vehicle. The driver was the individual charged with the misdemeanor counts.

Byrd was placed in the Catawba County Detention Facility Thursday morning under $40,000 bond. She remained in jail as of earlier today (April 29), her next District Court date is May 19. Jones received a $2,500 secured bond, he is not listed as an inmate in Catawba County, he was scheduled to appear in District Court Thursday.