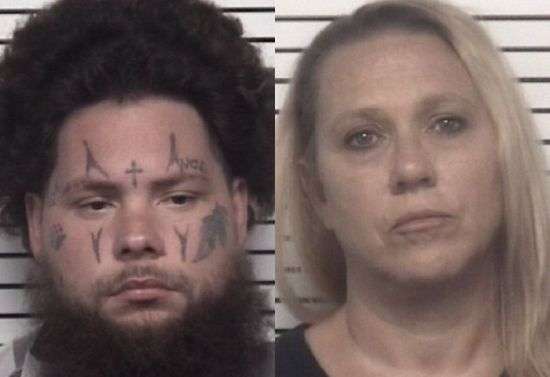 Tyler was also served with outstanding warrants from Cumberland County for felony counts of trespassing during an emergency, conspiracy, and breaking and entering, along with a misdemeanor count of assault with a deadly weapon with a minor present. Anderson was charged with two felony counts of conspiracy to traffic crystal meth.

On Friday, Iredell County Sheriff’s Office Narcotics Investigators concluded a month-long investigation into the trafficking and distribution of crystal meth in the southern end of Iredell County. Investigators went to an address on Cricklewood Lane in Mooresville and arrested Tyler and Anderson.

Narcotics investigators had received information at the beginning of April about Tyler allegedly being involved in the distribution of narcotics in Southern Iredell County.
Undercover investigators conducted surveillance operations verifying this information. Officers reportedly made undercover purchases of crystal meth and other narcotics directly from Tyler.

Throughout the investigation, investigators learned that Anderson, who is Tyler’s girlfriend, was working with Tyler by making arrangements and distributing meth. When officers arrived at the residence to make the arrests last Friday, the two suspects were in the process of moving out of the home.

The two suspects were detained and the home was secured. A search was then conducted. A pistol and additional narcotics were located inside a vehicle belonging to Brandy Anderson. Officers seized approximately 421.86 grams of crystal meth with an estimated street value of $42,000, and 120 dosage units of MDMA with an estimated street value of $1,200.

According to the Alexander County Sheriff’s Office, preliminary results indicate that remains found on March…