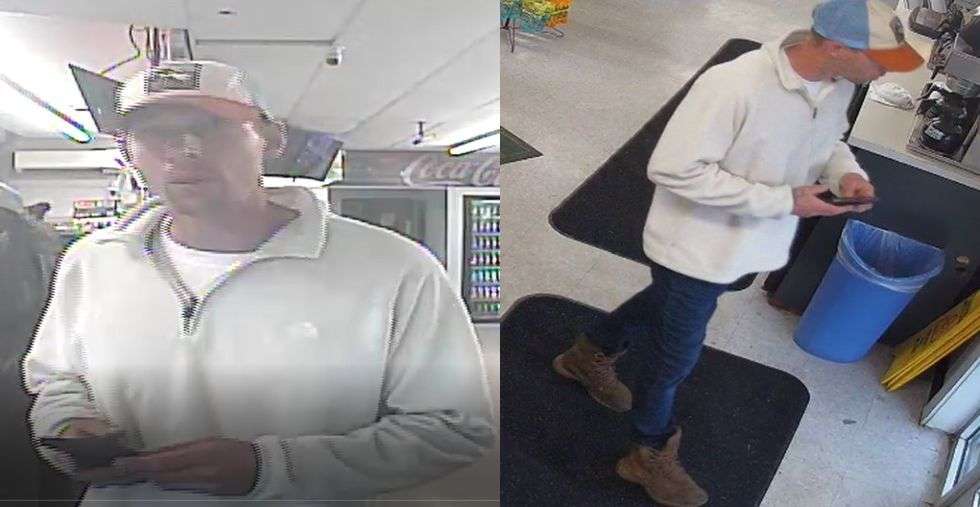 suspect in theft of vehicle from business on Maiden Highway in March
courtesy of Lincoln Co. Sheriff's Office

Lincoln County Sheriff’s Detectives are asking for the public’s help in identifying a man suspected of stealing a vehicle from a gas station parking lot on the Maiden Highway. The incident occured on March 23 of this year.

Deputies were dispatched after the owner reported his white four-door Mitsubishi Galant stolen. The owner said he left the keys in the vehicle and went inside to have lunch with his brother.

Surveillance video shows a white male sitting on a bench in front of the store, then walking to the vehicle. He entered through the driver’s side door and drove away southbound toward Lincolnton.

On March 31, the vehicle was found abandoned in a church parking lot on Noles Drive in Mount Holly. It was recovered by Mount Holly Police.

The suspect is described as a white male. He was wearing brown boots, dark jeans, a white sweatshirt, and a white & blue hat with a red bill.

The Lincoln County Sheriff’s Office reports a man who was reported missing has been found.…