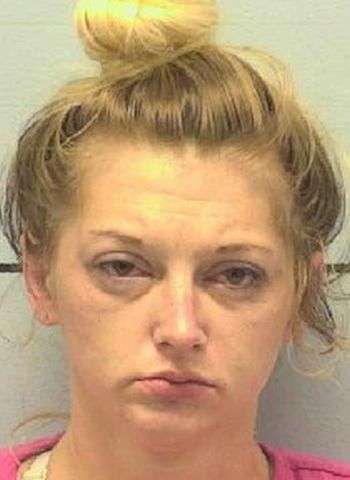 WHKY reported on two previous arrests of this suspect, in October and November. One of those arrests occurred on October 11. On that date, a Ford Explorer was stolen from the Walmart parking lot on Morganton Heights Boulevard. Local law enforcement agencies were told to be on the lookout for the stolen vehicle. An officer reportedly got behind the vehicle on Salem Road and attempted to pull it over but the driver, reported to be Burhans, allegedly fled, resulting in a pursuit.

The report says that the chase occurred on Salem Road, Burkemont Avenue, Interstate 40, Mineral Springs Mountain Road, and N.C. 18. The chase ended when the vehicle ran out of gas on N.C. 18 South at which time Burhans was taken into custody. WHKY also reported in November on the arrest of Burhans along with three other suspects in connection to crimes in the Salem community including the theft of firearms and other items. According to the North Carolina Department of Public Safety website, Burhans has multiple convictions on record, dating back to 2016.