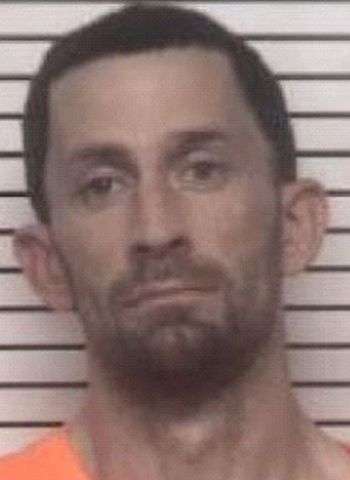 34-year-old Mark Lee Ball of Baker Street in Statesville has been arrested by Iredell County Sheriff’s Officers for felony larceny of motor vehicle parts and misdemeanor larceny. Ball is the suspect in a case involving the theft of catalytic converters and automotive batteries from a business on the Statesville Highway, near Mooresville, initially reported yesterday (January 5) by WHKY.

The theft was reported on December 13. At that time, Deputies reviewed security camera footage that showed the suspect and his vehicle. The suspect was a white male and his vehicle was a burgundy or dark red 1990s-model Chevrolet conversion van. Images of the suspect and the van were distributed to the media and on social media, asking the public for their assistance.

Detectives received information from the public identifying Mark Lee Ball as the suspect. Detectives learned that Ball was in possession of a burgundy 1995 Chevrolet G20 van. Warrants for Ball’s arrest were issued.

Ball was found and arrested yesterday. He was placed in the Iredell County Detention Center under a $5,000 secured bond. No court date is currently listed. Other law enforcement agencies plan to speak with Ball about crimes that have occurred in their jurisdictions.

More information has been released on a fatal crash in Alexander County Tuesday (November 30).…