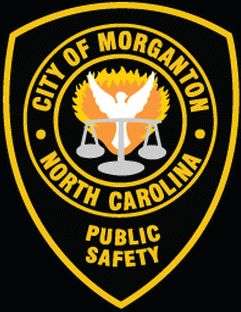 The Morganton Department of Public Safety is looking for a suspect in an armed robbery committed early Monday (May 24). The Shop and Save #4 on West Fleming Drive was robbed at gunpoint at approximately 2:40 a.m. Monday.

The suspect was a black male, between 6′ and 6’3″, between 230 – 250 pounds. No one was injured, but a shot was fired after a struggle. The man was wearing a black hoodie, blue work shorts and long black socks with no shoes. His face was covered.

According to published reports, the man fled the scene on foot with an undisclosed amount of cash. He was reportedly headed toward Mighty Dollar on West Fleming Drive. Anyone with information on this crime is asked to call 911, Morganton Public Safety at 828-437-1911 or Morganton/Burke Crimestoppers at 828-437-3333.

Crimestoppers tips are anonymous, and individuals with information leading to an arrest could receive a cash reward.