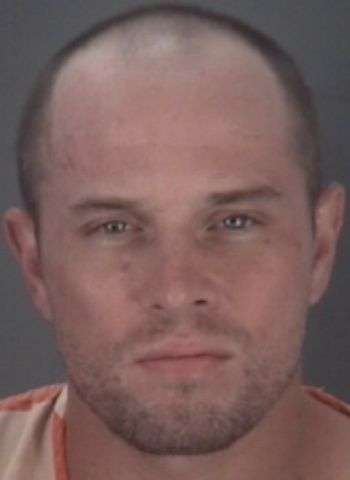 34-year-old Cordarrel Chris Anderson of Zephyrhills, Florida, is charged by the Morganton Department of Public Safety with robbery with a dangerous weapon. The charge is in connection to a robbery at Quality Inn on South Sterling Street in Morganton, previously reported on WHKY.

Police were called to the scene of the robbery early Sunday morning (July 18). At approximately 1:20 a.m. that day, officers  were dispatched to the Quality Inn. According to the clerk, a man entered the lobby, hopped over the counter and took an undisclosed amount of money from behind the desk.

During this encounter there was a firearm visible and threats were made. The suspect then fled toward Highway 18 South, heading away from the city in a gray passenger car.

Anderson was identified as the suspect. He had allegedly committed multiple crimes across several different states before being apprehended in Georgia.

Anderson was reported as the suspect in a motor vehicle theft of a white 2002 Toyota Camry in Zephyrhills, Florida on July 13. The following day, a house in Gainesville, Florida was broken into where many items were taken from the residence. Anderson was quickly found to be the likely suspect in this case. He was believed to be driving a black Toyota Camry around the same year and model as the one stolen in Zephyrhills.

On the the morning of July 17 in Franklin, Virginia, a pile of documents, identification cards, clothes, and other items were found in a driveway and had been set on fire sometime during the night. One of the identification cards found in the pile of debris belonged to the breaking and entering victim in Gainesville, Florida.

Later that night, Anderson checked into the Quality Inn in Morganton, driving what appeared to be an older freshly spray painted black Toyota Camry. Anderson went back to the front desk of the hotel a few hours later between 1:00 and 2:00 in the morning on Sunday, and said he needed to check out of his room. This is when the robbery occurred.

Tuesday morning (July 20), Anderson was observed in Jefferson County, Georgia driving the same black Toyota Camry. An attempt was made to conduct a vehicle stop on Anderson when he fled. A vehicle chase ensued and Anderson eventually wrecked the vehicle and was taken to the local hospital for his injuries. The vehicle he was driving was confirmed as the stolen vehicle from Zephyrhills, Florida.

He is expected to make a full recovery and face his charges in North Carolina, Florida, Georgia, and possibly other states.

The Morganton warrant will be served on Anderson once he is extradited back to North Carolina. He faces multiple charges in Tennessee and Florida as well.