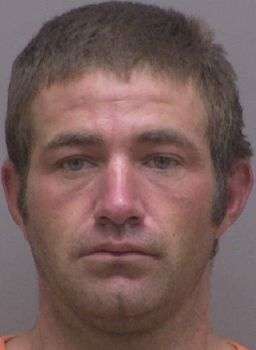 Cook is charged in connection to the death of a man whose body was found near a residence in the 1100 block of Howard’s Creek Mill Road Sunday morning (July 26).
On Sunday morning, the Lincoln County Communications Center received a 9-1-1 call at approximately 6:20 a.m. concerning a possible physical disturbance at a residence. When officers arrived they found the victim, 65-year-old Ronald Lee Ewing, of Howard’s Creek Mill Road, lying in the driveway deceased.

Cook was arrested without incident early this morning at a relative’s residence on Shoal Road. He was placed in the Harven A. Crouse Detention Center under $150,000 secured bond. A District Court appearance was scheduled today.