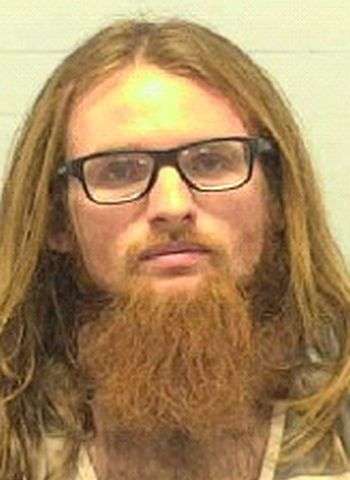 24-year-old Christian Thomas Hill of Rainhill Drive in Morganton was arrested Wednesday (May 11) by Burke County Sheriff’s Officers. He’s charged with felony counts of breaking and entering to a place of worship and possession of burglary tools along with a misdemeanor count of injury to real property.

Shortly before 2 a.m. Tuesday (May 10), Deputies on routine patrol checked a suspicious vehicle in the parking lot at Missionary Ridge Baptist Church. While checking the vehicle, the church’s alarm system was activated. Deputies went to the side of the building and saw a male exiting the church through a window. The man ran from the scene, dropping items from the church as he fled. Officers were not able to find the man.

Working with multiple agencies, including Morganton Public Safety and North Carolina Probation and Parole, Christian Thomas Hill was arrested Wednesday at approximately 3:30 p.m. on Conley Road in Morganton. He was placed in jail in Morganton under $57,000 secured bond. A District Court appearance is scheduled for Friday (May 13).

22-year-old Jaekwon Lemont Staton, who is listed as a homeless person from Hickory, was arrested…